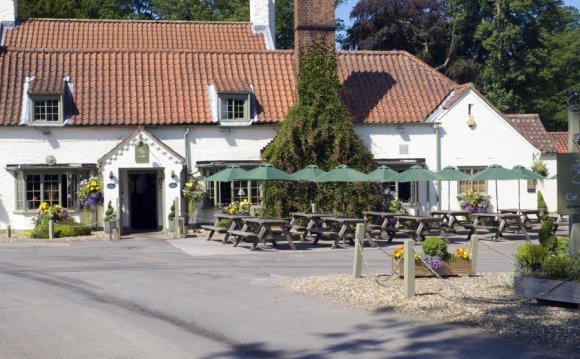 Pubs in the north of England are fighting to take more of the Estrella Damm Top 50 Gastropubs list than their southern counterparts, and now hold more than 20% of the spots.

The list, which was revealed at an exclusive lunch by celebrity chef Tom Kerridge of the two Michelin-starred Hand & Flowers and Coach, in Marlow, Buckinghamshire, was again topped by one Michelin-star pub the Sportsman in Seasalter, Kent.

However, coming in a close second and third, were northern gastropubs the Pipe & Glass Inn, at South Dalton, near Beverly, East Yorkshire, and the Star Inn, at Harome, North Yorkshire.

Staith House chef John Calton also picked up the prestigious Nestle Chef-sponsored award for Gastropub Chef of the Year at the event, which was held at the Hermitage Road Bar & Restaurant in Hitchin, Hertfordshire, on 25 January.

Kerridge said: “It’s an honour and really exciting to present the Estrella Damm Top 50 Gastropub Awards 2016. To be able to name the 50 best gastropubs in the UK for the second year in a row is something really special.”

Nicholas Robinson, food editor at the 200-year-old pub trade magazine The Publican’s Morning Advertiser, which organises the event, said: “Being from the north of England myself, it’s great to see so many gastropubs I’m familiar with voted on to the list.

“It’s a great story and one I’m sure we will see continue. Our deserved Gastropub Chef of the Year, John Calton of the Staith House in North Shields, has tirelessly worked in the kitchens of others on the list, including the Sportsman, to bring inspiration and new dishes to his kitchen.

“Great food doesn’t just happen in the south of England or London, but right across the country and it’s pertinent that we recognise that.”

The 11 northern pubs on the Estrella Damm Top 50 Gastropubs 2016 list are:

The Estrella Damm Top 50 Gastropubs List and Awards is arranged by the food team at the 200-year-old pub trade title The Publican’s Morning Advertiser. The headline sponsor is premium lager producer Estrella Damm and associate sponsors include Appletiser and Schweppes, Nestle CHEF and Berkmann Wine Cellars.