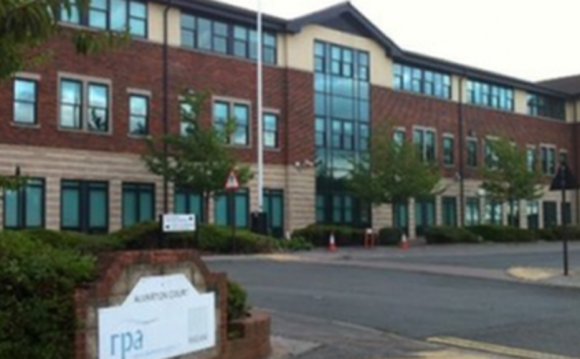 If the purchase is successful, the building will replace Newby Wiske Hall as North Yorkshire Police's headquarters.

The decision to proceed with the purchase was given by the Commissioner this week. North Yorkshire Police is now carrying out due diligence checks, and hopes to finalise the purchase before the end of the summer.

The total cost of the move to Alverton Court is estimated to be under £7m, which includes the purchase price of the building, the cost of fitting out the offices, and the relocation itself. If the purchase goes through as expected, North Yorkshire Police hopes to move into its new HQ in late summer/early autumn 2017, after work to fit-out the building is completed.

Compared to previous plans of moving to South Kilvington, this decision is expected to cost up to £12 million less, and save £4 million compared to continuing with Newby Wiske Hall as North Yorkshire Police's Headquarters.

Constructed in 1999, Alverton Court offers modern facilities and good public transport links. North Yorkshire Police selected the site because it is just six miles from the current HQ, so there will be minimal impact on the workforce, but it will be cheaper to run in comparison with the Grade II listed 17th century building at Newby Wiske.

Once the purchase is finalised, Newby Wiske Hall will be put up for sale, and the force is in discussion with planners at Hambleton District Council about potential uses for the site.

Julia Mulligan, Police and Crime Commissioner for North Yorkshire, said:"I have been committed to getting North Yorkshire Police a modern new Headquarters, and I hope this is the first step to fulfilling that promise. There is some way to go before contracts have been signed, but this is positive news.

"Newby Wiske costs over £1 million per year to maintain and has big problems with accessibility, facilities and reliable infrastructure. This new Headquarters will be the catalyst to transforming North Yorkshire Police, which includes a £10 million investment in technology which will see officers spending more time in our communities and better protection of our borders from travelling criminals."

Commenting on the decision to purchase Alverton Court, Chief Constable Dave Jones said:"This is a very positive decision. We do have issues with the access and facilities at our current HQ - which is understandable given that it is a Grade II Iisted building - and Alverton Court will provide accommodation that is more in line with our requirements as a modern police service. There is still some way to go before the sale is finalised, but we are hopeful that we will bring it to a conclusion over the summer."

Councillor Mark Robson, Leader of Hambleton District Council, said:"We are delighted to see plans to bring the former RPA building back into use by North Yorkshire Police. Its closure was a huge blow to the town - coming within weeks of the announcement of the closure of the town's prison, affecting both local jobs and the economy of the town."

Police Demonstration with dogs and helicopter

Two Dead in Helicopter Crash Off Flamborough in East Yorkshire