Places to Stay in Skipton Yorkshire 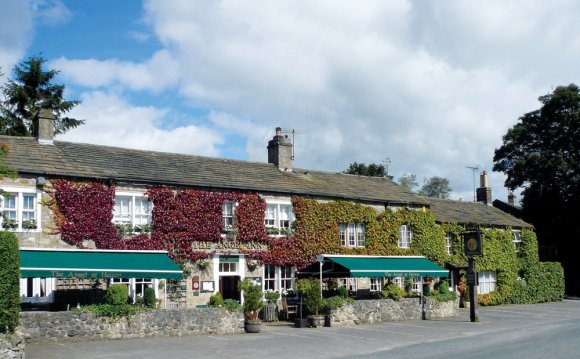 June 15, 2015 marks the anniversary of the signing of Magna Carta. William de Forz of Skipton Castle was second on the list of nobles to sign the precious parchment and a series of events, including a spectacular Skipton Castle re-enactment, is being planned.

Settled by sheep farmers as long ago as the 7th century, Skipton was granted to the de Romille family in 1066.

Their building of a fortress castle led to a regular market being established for local produce and trade, which continues to the present day, whilst seasonal Fairs brought traders into town from further afield.

In the Aire gap separating the Craven limestone Dales to the north, gritstone moors to the south, and the pastoral Ribble valley to the west, Skipton is an attractive and bustling market town serving a large rural area.

Just outside the National Park boundary, Skipton prides itself on being ‘The Gateway to the Dales’.

From the castle and nearby church the town grew around the market place, expanding along what is now High Street, with inns, yards, and craftsmens' workshops. In 1309 Skipton Castle passed to the Clifford family, and became their main residence for over 300 years. The castle was rebuilt after the Civil War, and much of the present castle dates from the 1650s. It is open to the public, and is well-preserved.

The arrival of the Leeds-Liverpool canal in 1770 brought industrial growth to Skipton, with clothmaking becoming a major activity.

Cotton mills became a feature of the Skipton landscape, with paper making, rope-making and corn milling also taking place. A lead works was also established, using supplies from the Grassington area. The arrival of the railway brought increased growth to the town.

Nowadays, Skipton is a thriving shopping and business centre, with an excellent selection of shops, a colourful market 4 days a week, a variety of interesting pubs and eating places, and accommodation of all types.

Ashley Starling, owner of a Labrador Pitbull mix goes to ...