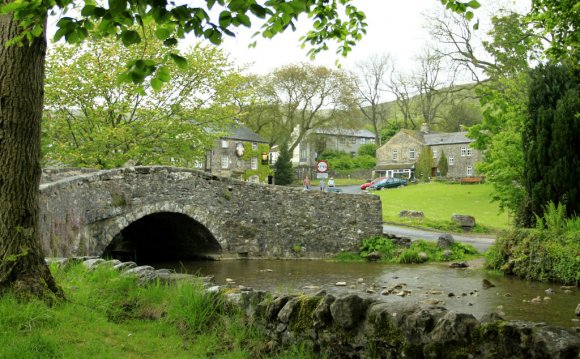 • England's Backbone Yorkshire Dales straddles the Pennines, a mountainous spine dubbed “England’s backbone.” The dales for which the park is named are deep valleys carved out of the hill country by eons of running rivers. Much of the scenery is bucolic in character, including farm fields marked with ancient dry stone walls and 630 miles (1, 016 kilometers) of hedgerows. But some wilder sights exist, including waterfalls like Cautley Spout, which has a broken fall of some 600 feet (180 meters).

• Flora and Fauna The park’s many habitats include flower-filled meadows, moors, bogs, and small woodlands that dot the dales as remnants of formerly far more extensive forests. Important birds thrive here, as do rare plants nourished by limestone-rich soils, including wildflowers that bloom nowhere else on Earth. A hundred species of nesting birds and almost 1, 500 moths also call the park home.

• Rural Traditions The park has been an agricultural hotbed since the first farmers arrived here some 7, 000 years ago. The grazing lands are dotted with small villages—many of which are more than a thousand years old. Reached by narrow, wandering lanes and tracks that pass through surrounding fields, a visit to these character-laden settlements offers a glimpse of a traditionally rural way of life.

• Yorkshire Dales on Foot Yorkshire Dales is great walking country, with more than 900 miles (1, 459 kilometers) of footpaths. Visitors can stroll casually or tackle long-distance routes like Dales Way or the Pennine Way—either by carrying their own kit or making use of various baggage services. The park authority offers a range of guided, theme walks—most of them free and accessible by public transport. Cycling and pony treks are also popular.

How to Get There

In the north of England, Yorkshire Dales is well served by trains from Manchester, Leeds, York, Lancaster, and points further afield. Check out the park’s guide to traveling by train. The seaports of Hull and Newcastle also offer ferry connections to Northern Europe. Buses travel through the park.

The National Park Authority sponsors a wide range of events, and so do other organizations, including the individual communities within the park. Find out What’s On to plan a trip in any season.