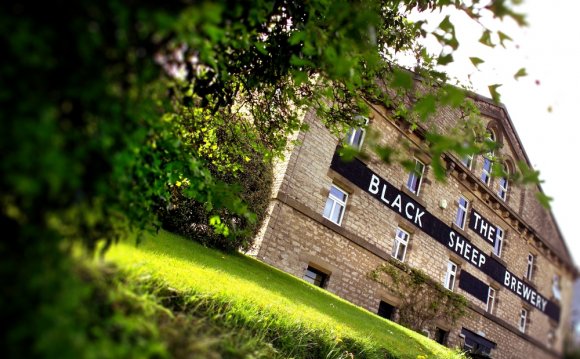 Upper Wharfedale stretches from the watershed above Buckden in North Yorkshire down to Addingham in West Yorkshire and holds some of the best limestone scenery in the Yorkshire Dales. It also holds some fine “watering holes'”, difficult to reach without drinking and driving.

Pride of the Dales run a fairly regular Monday to Saturday service from Skipton to Grassington and Hebden (72), with a limited service continuing on to Buckden. Sadly, the Ilkley to Grassington bus (74) is now only three buses a day and, whilst it will still get you to most pubs on its route for lunch and back again at tea-time, the late afternoon service does not visit Appletreewick meaning from there you need to walk to Burnsall to get back on the bus route. Using these buses it is possible to explore many of the fine pubs in the dale. A day rover ticket covering all Pride of the Dales services can be purchased from the driver. NOTE: The future of these services is in grave doubt and they may not run, or may run in a very limited form after March 2016

There are also buses on Sundays and Bank Holidays from Wakefield, Leeds and Ilkley to Grassington and Buckden (DalesBus 874), and from Burnley, Colne and Skipton to Grassington (DalesBus 872). There is also a demand-responsive service “The Wharfedale Packhorse”, operated by Grassington Community Transport on a Saturday evening, which runs up and down the Dale in both directions from Grassington. Note, this service only runs fortnightly between October and Easter and does not run in the depths of winter.

Addingham has 5 pubs, all serving real ale, all can be found on the main street. At one end of the village is the Craven Heifer , at the other is the Fleece, sadly closed at the moment following a serious fire at the pub. The first and last are highly food-oriented. More down to earth are the Swan, a regular entry in CAMRA‘s Good Beer Guide and the Crown, now an enterprising free house, having been bought out of pub company tie in 2013. Both pubs have lots of small, separate rooms/drinking areas and feature live music at weekends (some Fridays in the Crown and every Saturday in the Swan). The Crown is listed on CAMRA‘s regional inventory of pubs with important historical features. The Sailor, half-way down the main street re-opened in summer 2014. Addingham also has a chippy. While the Fleece is being mended, Addingham Social Club across the road offers a welcome, if rather different, alternative and does sell real-ale.

At the Devonshire Arms Hotel you will find real ale in the public bar. The style is not to the author‘s tastes and the beer is on the pricey side - the name, “the Devonshire Arms Brasserie and Bar” gives you some idea of what to expect. The nearby Abbey is well worth a visit and Strid Woods are an excellent place for a walk, especially if you appreciate wildlife. The Devonshire Arms is on bus route 74 (Monday to Saturday) and bus route 874 (Sunday).

Appletreewick is well worth visiting and can be reached from Barden Tower (over 3 km) or Burnsall (about 2.5 km) by walking the Dalesway, which follows the river bank. The 74 bus does go through the village Monday to Saturday but the last bus in each direction is so early, you barely have time for a lunchtime pint. (A shorter route from/to the main road is by footpath using the stepping stones at Drebley, crossable only by very brave people when the river is very low. You need to leap (both feet off the ground) between stones at the Drebley end!) The New Inn changed hands in Spring 2014 and currently offers Goose Eye Chinook, Black Sheep Best Bitter, Theakston Old Peculier and a guest. It serves full meals at lunch time and in the evening with hearty snacks in between. The New Inn also sells a range of bottled foreign beers. The family-owned Craven Arms has stone-flagged floors and lots of cosy corners, with log fires burning in traditional ranges. Food is served all day at weekends and in summer. The cruck barn, built using traditional methods, at the rear is worth investigating if it is not in use for a function. The Craven sells a good range of cask ales including three from local hero, Dark Horse (their Night Jar is a rare beer and difficult to find, but always on offer here), and Old Peculier from wooden casks, stillaged behind the bar. The OP is not cheap - to get it in wood, the owner of the pub has to drive to Masham to fetch it! The menu here often lists locally source game in autumn and winter. The Craven was voted Keighley and Craven CAMRA Pub of the Season for Winter 2011/12. The Craven hosts a beer festival in mid-October.

Burnsall is on the bus route and has two real ale outlets. The Devonshire Fell Hotel and Bistro is up the hill back towards Bolton Abbey, the Red Lion is adjacent to the bridge. The Devonshire Fell is mainly food-oriented but offers up to three beers from the Copper Dragon range. The stone-flagged Red Lion, next to the bridge, also focuses on food (served both in the bar and the separate dining room) but does serve a good range of cask beers: 2 from Copper Dragon, 2 from Taylors and at least one guest beer, often Ilkley Mary Jane or Wharfedale Blonde. The Red Lion has extensive outdoor seating, some at the front of the pub and some to the rear.

A Short Stay at Slovak Pub