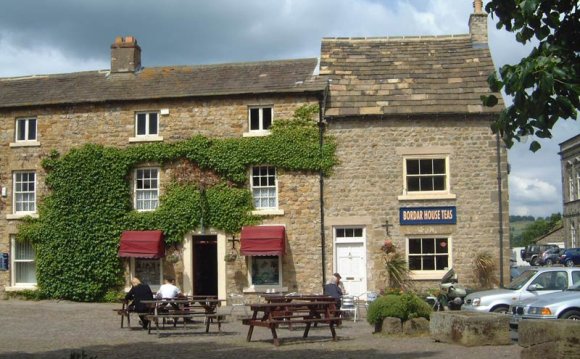 The King's Head is an 18th century country pub in the heart of the ancient market town of Masham, gateway to the glorious Yorkshire Dales National Park. Georgian-built, this fine hostelry overlooks the famous market square, where twice weekly markets have been held since 1250. The King's Head serves ales so local they're brewed just down the road. Real ale enthusiasts can visit the Theakston and Black Sheep Breweries in Masham for a tour before coming back to the pub to enjoy a delicious pub meal or Masham's market square is the biggest in Yorkshire Dales and in the 18th and 19th centuries held the largest sheep and cattle markets in the north.

Markets still take place twice weekly on Wednesdays and Saturdays outside The King's Head. This pretty market town on the banks of the River Ure dates back to Saxon times, and the lovely medieval Saint Mary's Church on Cockpit Hill stands on the site of a much earlier place of worship, dating back to the 7th century and noted in the Domesday Book.The beautiful North Yorkshire countryside surrounding Masham and The King's Head offers some wonderful walks and attractions. Spectacular Jervaulx Abbey, James Herriott's Thirsk and the tree-lined boulevards of Georgian Harrogate are all within easy reach. After discovering the Yorkshire Dales or planning walks through lovely Lower Wensleydale, The King's Head is the perfect place to stop for a delicious pub meal.

The King’s Head wasn’t always a pub restaurant. In the 18th century, it began life as a tax office and posting house, facilitating the transfer of livestock at the huge weekly sheep market that took place in the square opposite.

The sheep markets have been integral to the history of Masham, it was granted its first market charter in 1250 and much of the charm of the area is as a result of its importance over the following centuries as a hub for the surrounding rural communities.

An ancient Wensleydale market town on the River Ure, the character of Masham is defined by the many attractive Georgian houses and former alms houses that line the streets. Every year in July, the streets resonate to the sounds of the Masham Steam Engine and Fair Organ Rally, an event founded in 1965 to raise funds for repairs to the Town Hall. The town also hosts a biennial Masham Arts Festival and the Sheep Fair every year in September.

Masham is also home to two local breweries, Black Sheep and Theakston. Black Sheep started brewing its own ales over twenty years ago and it’s a short walk away from The King’s Head. The founder of Black Sheep, Paul Theakston, left the family business, Theakston, to set up on his own in 1992. Both breweries offer guided tours of the premises, with visitor centre and shop on site.

The beautiful St Mary's Church in Masham was founded in the 7th century and stood close by the present town hall. The present church is largely Norman built with some 15th Century additions but features some original Anglo-Saxon stonework.