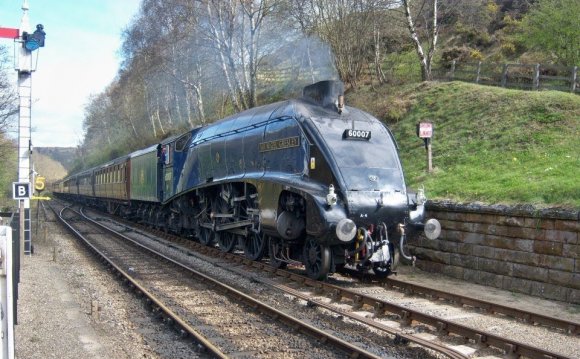 The rolling stock preserved on the North Yorkshire Moors Railway is used to operate trains on the North Yorkshire Moors Railway (NYMR), a heritage railway in North Yorkshire, England. There is a variety of preserved steam and diesel locomotives and diesel multiple units, passenger coaches and goods wagons. Some are owned by the railway itself but most are owned by various individuals or voluntary groups. The line is also regularly visited by locomotives based elsewhere. Some come for a day on a railtour, others for a few days or weeks to take part in a special gala, but a few stay for many months and form part of the stock working scheduled trains.