Where to Stay in Whitby Yorkshire? : North Yorkshire

Where to Stay in Whitby Yorkshire? 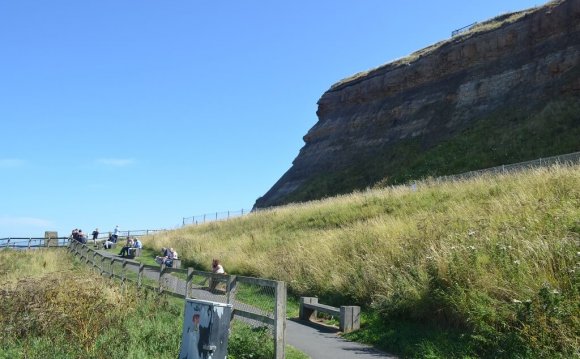 One of the most picturesque ports in England, Whitby and its harbour are set in a ravine at the mouth of the River Esk. Dominated by the clifftop ruined Abbey, the narrow alleys and quaint streets climb down to the busy quayside, with its harbourside houses and small shops filled with crafts, curios, and antiques.

From these centuries old streets, 199 steps lead up to the parish Church of St Mary, one of the finest Anglo Saxon churches in the country, featuring carved pews made by ship’s carpenters and craftsmen from Whitby’s once booming whaling fleet.

Its churchyard is famous for providing the setting which inspired Bram Stoker to write his classic novel - Dracula. Dickens and Tennyson are also known to have enjoyed the hospitality of Whitby’s ancient inns.

Inside the Whitby Museum discover the life story of the town’s most famous inhabitant, Captain James Cook, who sailed from the port to change the history of the world. The Captain Cook Memorial Museum, his former home in Grape Lane, is furnished in the style of his times, when Whitby was the seventh-largest port in England. As famous locally are the whaling masters of the Scoresby family, and pioneer photographer Frank Meadow Sutcliffe.

Whitby is well known for its jet, a hard black mineral dug from its cliffs since Victorian times, and fashioned locally into jewellery and ornament. Its famous Smokehouse still operates, converting herrings to kippers by the traditional process.

A bustling and colourful working port, Whitby offers fishing trips by boat or from the pier.

Its Regatta in mid-August and a week-long Captain Cook Festival in October reflect the seafaring traditions. The Whitby Festival is held around mid-June.

Inland from Whitby, the North York Moors National Park is a quiet, unspoilt upland area perfect for walking or touring. Goathland, with its ‘Heartbeat’ connections, is within easy reach, as is Grosmont, where the spectacular North York Moors Steam Railway meets the Esk Valley line. Peaceful moorland and gentle valleys with pretty villages, castles and abbeys in abundance, lead to expanses of glorious countryside associated with James Herriot.

Along the coast, the Captain Cook Heritage Trail leads from Great Ayton, where he lived, to his departure port of Whitby. Staithes and Runswick Bay are quaint and picturesque fishing villages. South of Whitby is Robin Hood’s Bay, and beyond, the Victorian splendour of Scarborough.