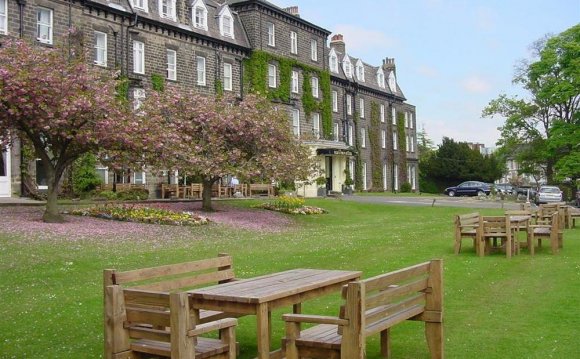 Situated in the scenic Yorkshire Dales in the North of England, Harrogate steadily developed as a spa town between the 16th and 19th centuries, with the multitude of visitors including the author Charles Dickens. With more than 75, 000 visitors, the many grandiose hotels and other visitor accommodations were much in demand. Today, you can still stay at the 4-star 170-room hotel The Magestic, a Victorian landmark set in 8 acres of grounds with a Health Club and swimming pool, near the Harrogate International Centre and just a mile from the railway station.

Post-war, Harrogate re-defined itself as an exhibition and conference centre, with international events such as the International Toy Fair and the famous Eurovision Song Contest being held here. Visitors accommodated in a “room with a view” at the 3-star The Yorkshire Hotel, located in the centre of Harrogate at Prospect Place, are only minutes away from both The Harrogate International Centre and the railway station. Guests attending an event or celebration in the Rooftops function suite have magnificent views over the town and the Yorkshire Dales.

More recently, the Flower Shows and floral displays in the town centre have also enticed visitors to Harrogate. Should you wish to take a city break at an historic hotel close to these visitor attractions you can choose a guestroom at the 4-star Best Western Cedar Court, which dates from 1671. Just half a mile from the Royal Pump Room Museum, the Harrogate Turkish Baths and Health Spa, the Harlow Carr Gardens and Betty’s Tearooms, this establishment overlooks the 200-acres of trees and lawns of The Stray, with views of cherry blossom in season.

Visitors to Harrogate can go into the Tourist Information Centre for information about events during their sojourn. This is housed at the Royal Baths, the spa complex opened by His Royal Highness the Duke of Cambridge in 1897. You can obtain tickets here for many events including the Great Yorkshire Show and performances at the Sitting Room Comedy Club.

During the International Festival summer visitors can listen to featured music at the Royal Hall. Other events at this venue include a variety of entertainment from concerts, ballet, and opera to comedy by such well-known artistes as Pam Ayres, Ken Dodd and Jimmy Carr. For accommodation near by in a modern hotel with views across both the town and the Dales, you can book a room at the 4-star Holiday Inn Harrogate on Kings Road. Offering guests complimentary use of tennis, swimming and other facilities at the Academy Health Club, this hotel is convenient to venues such as the Great Yorkshire Showground and the International Centre, and on the route of the 2014 Tour de France cycle race starting in July.

The Summer Festival has a very broad programme of events with pop-up venues such as Spiegeltent and the daytime Children’s Festival; from films on the Festival Big Screen to literary lunches and Shakespeare performed in the RHS Gardens. So you can see that there is plenty for guests to do whilst holidaying at a Harrogate hotel.

What is the best hotel in Harrogate UK? Top 3 best ...