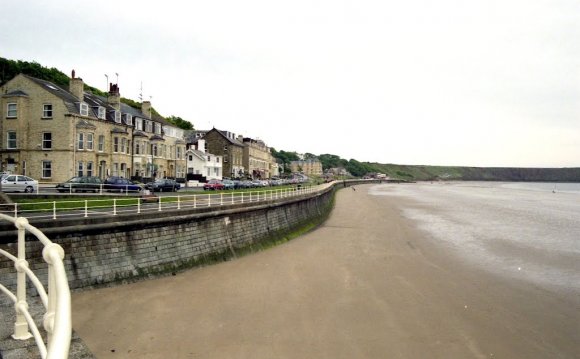 The only known Anglo-Saxon royal burial site in north-east England is near Loftus. Artefacts were discovered there from excavations which took place between 2005 and 2007. Finds include pieces associated with a rare bed burial in which a decorated female body is laid out on a decorated wooden bed accompanied by fine gold jewellery. The finds include a gold pendant, which would have belonged to a princess. as well as glass beads, pottery, iron knives, belt buckles and other objects. The finds, which date back nearly 1400 years were discovered by members of the Teesside Archeological Society, led by Dr Steve Sherlock, in a 109-grave site at Street House, Loftus.

They are presently on show at the Kirkleatham Old Hall Museum.

Loftus Town Hall was built by the Earl of Zetland, erected by a Thomas Dickenson of Saltburn, and was first opened in 1879. During the World Wars of 1914–1918 and 1939–1945 some of the rooms were commandeered for the war effort.

The Town Hall clock has faces north, east and west, but no face to the south as the residents of South Loftus were reluctant to contribute to the cost.

The Town Hall remained in the ownership of the Zetland family until 1948, when it was purchased by the former Loftus Urban District Council for £2000. In 1974 the ownership of the Town Hall transferred to the newly created Langbaurgh Borough Council, and eventually to Redcar & Cleveland Borough Council. In 1992 budget cuts threatened closure of the Town Hall, and Loftus Town Council moved into the building and took over responsibility for maintenance. Although the Town Council moved in 1996, it still organises functions in the Town Hall.

Tees Valley Leisure Limited, which was established in 1999 as an Industrial and provident society, provides a variety of leisure services on behalf of Redcar & Cleveland Borough Council operating for the benefit of the community as a non-profit distributing organisation. They took over the running of Loftus Leisure Centre, which had been opened in 1981 to provide the community with swimming facilities. The centre was improved with the addition of a sauna suite in 1985 and a fitness suite in 1998.

The Oddfellows Hall, in Loftus, was built in 1874 as the offices and meeting place of the local Oddfellows society. Oddfellows were friendly or mutual societies, set up and organised by people from different guilds representing various trades. Other societies existed for single trades, but when there were not enough people from one trade, especially in smaller towns, societies would be formed from an "odd" mixture of people, so giving the name "Oddfellows". The Loftus Oddfellows would raise money for their members. The Oddfellows Hall was unused from the early 1990s. Tees Valley Housing Association have now taken over ownership of the building and converted it from a large meeting hall into eight self-contained flats.

Westfield House in Duncan Place is one of the largest private properties in Loftus. It was built in 1871 by the Pease family, who owned ironstone mines in the locality, for the then mine manager, Thomas Moore. It was also owned by the manager of Boulby potash mine from the 1920s, for a while it was also council offices and in circa 1970 to 2004 Dr Dunn owned the house. From 2004 to 2013 it was owned by Jo and Stew Levy. They refurbished the house and Jo redesigned the gardens. So beautiful were the gardens that they appeared in the NHS Yellow book for charity visits. Due to Jo's illness the Levy's regrettably had to move and sold the house to the Tanner family.

Loftus railway station opened in 1875, and closed to passengers in 1960. The line still operates through the station site, with freight services for Boulby Mine, and occasional passenger 'specials' for rail enthusiasts. The nearest open station is at Saltburn.

To the north of the village there is a disused nuclear bunker. The bunker was opened in 1962 and closed 1968.