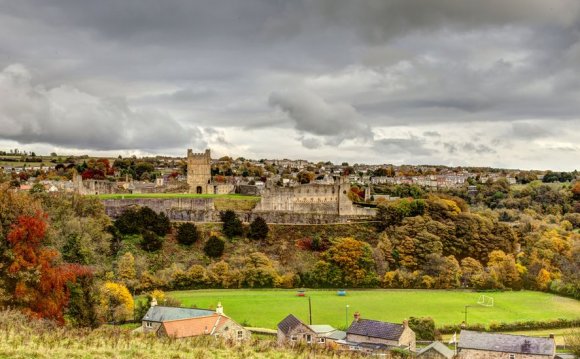 Driving through a snow covered North Yorkshire in April