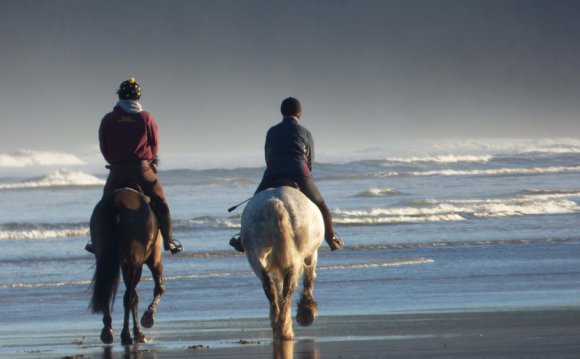 Saltburn-by-the-SeaIs a seaside resort in the borough of Redcar and Cleveland in North Yorkshire, England, around 12 miles east of Middlesbrough.

Saltburn was founded in 1861 by the entrepreneur Henry Pease, a member of the Pease family of Darlington that also founded the Stockton & Darlington Railway and the town of Middlesbrough nearby. The Pease family had discovered ironstone at Saltburn and needed to extend their railway through Redcar in order to successfully extract the ore. With an act of parliament granted in 1858 Pease set about rebuilding the railway from Redcar to land owned by Lord Zetland to allow easy transport of ironstone back to Middlesbrough. The town of Saltburn was designed by George Dickenson and was planned to provide accommodation for visitors as well as providing more humble housing for mineworkers.

The group of so-called "jewel streets" along the seafront (Coral, Garnet, Ruby, Emerald, Pearl, Diamond and Amber Streets) form part of the town's original design, joining what is now the Marine Parade, designed to make maximum use of the seaviews and to encourage residents and visitors to promenade. Another mark of the founding family is the "Pease brick" in many of the homes in Saltburn, with the name "Pease" set into the brick.

The first building constructed in the new town of Saltburn by the Sea was a row of six railway workers cottages named Alpha Place in 1861. These houses served as a temporary railway station until a more permanent structure could be built. Alpha Place faced the railway terminus and was situated opposite the ends of Ruby and Garnet Street. Having been planned and constructed before the new town of Saltburn was designed, these houses encroached into Milton and effectively halted development in what was intended to be Saltburn's major shopping thoroughfare. As a result Alpha Place was demolished in 1901, the bricks being re-used to extend the frontage of The Assembly Rooms on Saltburn Bank. In 1935 during further improvements to the building, the original datestone from Alpha Place was discovered in the basement of the building. The stone was saved and was kept at the offices of Saltburn & Marske Urban District Council offices in Albion Terrace until 1961 when it was incorporated into a new terrace of flats for the elderly, Marine Court to commemorate the town's 100th anniversary. The site of Alpha Place was recently marked by a memorial which was unveiled on the 11th August 2012. The memorial also features a facsimile of the original Alpha Place datestone, a stone listing contributors to the project and an information plaque explaining the site.

The jewel in Henry Pease's crown is said to have been The Zetland Hotel, one of the world's earliest purpose-built railway hotels, with its own private platform.

Joseph Whitwell Pease built a Convalescent Home at what is now the junction of Milton Street and Marine Parade which opened in 1872. The home became a temporary base for Silcoates School in Wakefield after it burnt down in 1904. The rebuilt school, still open at the time of writing, offers assisted aid to pupils with what is known as the 'Saltburn Bursary' in memory of the link with the town. The house was later sold to the Working Men's Club and Institute Union ("the CIU"), which converted it into a convalescent home for club members, one of several around the country. Its "residents" usually came, from all the major working-class areas of the UK, for subsidised two-week breaks. They were easy to recognise from the yellow button badges they were issued by the "Superintendent" on arrival. The Milton Street Club (demolished in 2004), located right next door to their home-from-home, was understandably very popular among the Clubmen. This building has recently been bought by Hayes Working Man's Club and continues to function in much the same capacity as before.

David Coverdale of Deep Purple and Whitesnake was born here and grew up in the Red Lodge, now Red Gables, on Marine Parade George Hardwick the footballer was born in Saltburn

The railway station is at the end of the line from Middlesbrough and Darlington. The Redcar to Saltburn Railway, opened in 1861, was an extension of the Middlesbrough to Redcar Railway of 1846. A freight line continues to the potash mine at nearby Boulby. This line used to continue to Whitby as part of the Whitby Redcar and Middlesbrough Union Railway.

From Marine Parade you can look out over the pier which points just east of north. The coastline at Saltburn lies practically east west. To the north east of the town is the imposing Hunt Cliff, topped by Warsett Hill at 166m. Skelton Beck runs through the wooded Valley Gardens in Saltburn, then alongside Saltburn Miniature Railway before being joined by Saltburn Gill and entering the North Sea.