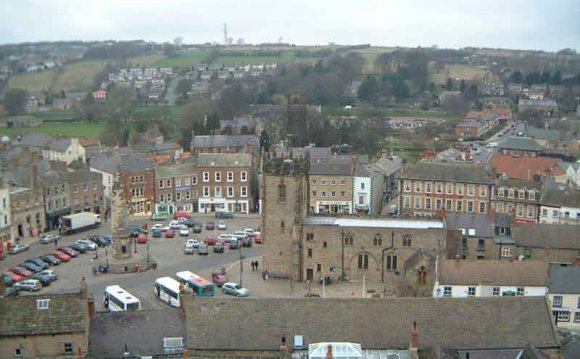 In this farm-house are to be seen, (particularly the balcony in-front, along the top of which runs a parapet of open stone fret-work, still very perfect, supported by stone pillars, ) the remains of an ancient hospital dedicated to St. Nicholas, in which was only one chaplain in the patronage of the King, by reason of the honour of Richmond. The founder unknown. It having fallen very much into decay, both in buildings and revenues. The king, in 1448, granted it to William Ayscough, one of the justices of the common pleas, who repaired it and added another chantry chaplain, on which consideration, and that he was become a second founder, that prince, Henry VI. 26th, granting him the patronage. In this state it continued to the general dissolution of colleges and hospitals, when it became vested in the crown, and was valued at 10L. per ann. -Dugdale.-Magna Brit. It is now the property of the Right Hon. Lord Dundas."

A flight over Richmond, North Yorkshire.