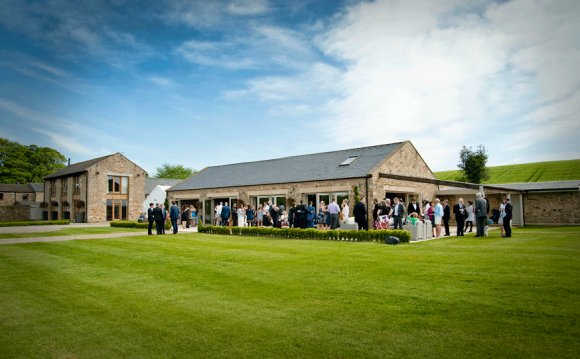 “History and agriculture clash in a scene of haunting loneliness.”

Swaledale is probably my favourite Dale, particularly towards the Upper Swale where a combination of pretty villages, lovely waterfalls, isolated stone barns (or laithes) and beautiful hay meadows are enclosed by a vast upland moorland. The history of the Dale rather than the natural environment has affected it today; man the provider rather than God. Unusually though this has created a Dale full of interest and a wilderness that contrasts Swaledale with the other Yorkshire Dales. It may not be typical but it is very good!

Thwaite, Muker and Keld are small hamlets/villages which characterise the Upper Swale and are simply delightful. Further east Reeth is an attractive ‘larger’ village set around a large village green whilst Richmond itself is a market town dominating the entrance to Swaledale and marking where attractiveness starts and finishes! Just get a room facing west.

Muker, Thwaite & Keld. Of the 3 villages I would actually stay in Keld, which for anyone who knows me would be a surprise as it is the only one which presently does not have a pub (alcohol can still be found in the youth hostel though!). Probably because it is less busy (a relative term) than the other two and seems a little off the beaten track, almost hidden in fact, it has a lovely, tranquil atmosphere – a real escape from the world outside. However staying in Thwaite or Muker would not be in any way disappointing. Muker has a traditional pub and tea shop, St Mary’s Church has great views and probably the best Hay Meadows in the country whilst Thwaite is the start of the Corpse Road, the best start for Kilsdon Fell and a pleasant pub cum tea shop.

Reeth is situated in Swaledale mid-way between the pretty trio of villages of Muker, Keld and Thwaite and the large market town of Richmond. It sits very well as a small market town or a large village. Previously the centre of the vast lead mining industry in Swaledale. Reeth is now a popular (but rarely over busy) tourism centre and farming community. Reeth has a large sloping village green with the main shops and houses situated on its fringes. The green gives Reeth its character as does the range and variety of craft shops and places to drink and eat. However I like taking time to explore the little lanes and alleys which lead off the main square, the Folk Museum up one as is the pretty children’s playground and school. From these lanes spring walks for all energies and abilities; secret valleys, and pretty villages greet those who venture away from the main valley.

Half a mile down the road is the pretty little village of Grinton. Grinton would be a Dales classic if it was not split by the main Swaledale road; however it still has a lot to commend it. The Norman church is rightly hailed a classic of its type whereas just outside the village the youth hostel at Grinton Hall and the Old Smelting Works are worth visiting. The Youth hostel, which is now based at the Hall is probably the most glamorous affordable accommodation in the Dales. Gunnerside and Low Row are midway between Muker and Reeth and both rank amongst my personal favourites, the lovely stone buildings grab at the steep hillside in a dramatic and beautiful way.

North from Reeth is Arkengarthdale. This is a stunning valley in which the Arkle Beck winds its way up passing the twin settlements of Arkle Town and the infinitely better Langthwaite (I could live there). The small tributaries hide some even smaller hamlets including one with the splendid name of Booze; a walk up here on a summer’s day really is a walk in paradise. Finally the lonely road breaks out in to the wild moorlands of the Pennines and the lonely outpost which is the Tan Inn.

Richmond is a fine Georgian town which has changed little through the centuries. It is one of the gateways to the Yorkshire Dales and a fine place to stay if a detailed exploration of Swaledale is called for. The castle and the Church of St Trinity are the dominant features of the town; the church surrounded by what surely must be the biggest town square in the north of England. I do enjoy exploring the cobbled streets around the square and there are plenty of interesting shops and quirky artisan industries to fill in a good day. The river is never far away but Richmond is a castle town with the old Keep (built originally in Norman times) dominating all around and providing a focus for any aimless wanderings.

The history of Swaledale is unusual, dominated by mining activity and to a lesser extent agriculture . The Vikings appear first on the records naming the villages on an agricultural theme – Keld meaning spring, Thwaite a clearing, Muker an acre and Reeth ‘the place by the stream’ – and undoubtedly found the pastures to their liking. Lead mines were probably introduced over 1000 years ago but the Kingdom of the Upper Swale remained dominated by an agricultural theme. The land away from the villages was wooded, offering excellent hunting for a succession of lords and landowners until it was finally cleared roughly 200 years ago to leave the bare landscape of today. It is always worth remembering that what we see today is not the natural landscape of the Dales. More industrial activity in the form of lead mining occurred at the beginning of the 19th century and for 100 years it dominated the lives and the landscape of those who lived in Swaledale. Walking really brings the history to life, particularly up the gills and on the hillsides to the north. The remains of the mines and the settlements that worked them are plain for all to see and long may they be so.