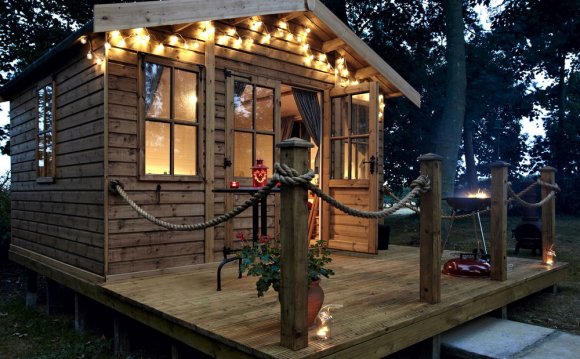 One of the most picturesque ports in England, Whitby and its harbour are set in a ravine at the mouth of the River Esk. Dominated by the cliff top Abbey ruins, the narrow alleys and cobbled streets climb down to the busy quayside, with its harbour side houses and quaint shops filled with arts, crafts and antiques.

Whitby needs little in the way of introduction as it is one of the most popular seaside resorts in the region. Spend your days with a bucket and spade on the long sandy beach and when you’ve worked up an appetite, sample some of the seafood in one of the many cafes and restaurants that make the town so well-known far and wide!

The town has strong associations with Captain James Cook, who learned his seamanship in Whitby between voyages, including on ‘The Endeavour’, a replica of which has enjoyed many successful visits to the town. The Grand Turk, another rigged sailing vessel, is often seen moored near to the Tourist Information Centre within the town.

Whitby is divided by the old swing bridge which is opened sometimes during the day to allow entry and exit to the higher reaches of the river. On the west side of the town sits the modern seaside resort, while on the east side is Old Whitby, where you find the ruins of the famous Whitby Abbey. Beside this is the amazing St Mary’s Church with its famous triple pulpit and both can be reached by Whitby’s infamous 199 steps from a maze of old streets and alleyways.

The town also has historic associations with Bram Stoker’s Dracula who, as legend has it, came ashore in Whitby, lived here and is buried in St Mary’s churchyard. There is a brilliantly varied choice of eating places in the town including the famous, Magpie Café as well as a wonderful array of small shops, ideal for browsing.

About the Coastal Bays and Villages

Along the Yorkshire Coast, we have lots of holiday properties waiting for you. As well as some of the country’s most stunning landscapes and coastline, the Yorkshire Coast is dotted with quaint market towns and pretty villages just waiting to be explored.

The Yorkshire coast is lined with beautiful fishing villages and quaint market towns which help give holidaymakers an insight into everyday life here. The breathtaking coastline provides a picturesque backdrop for many of our holiday properties and offers guests easy access to many walking routes and cycle paths — perfect for those who want to get up close and personal with a wonderful array of wildlife, flora and fauna. These picture-postcard towns and villages include Robin Hood’s Bay, Staithes, Port Mulgrave, Ravenscar and Runswick Bay, all of which are close to the busier coastal resorts of Whitby and Scarborough.

Why not book yourself a Robin Hood’s Bay cottage holiday? Situated just six miles south of Whitby, Robin Hood’s Bay sits on the coast and has a notorious history involving pirates, smugglers and press gangs. The multitude of narrow alleyways and twisting cobbled streets must have many a tale to tell of bygone days. The village once had an important fishing community before sail gave way to steam, and once boasted one of the largest fishing fleets on the Yorkshire Coast. The salty characters that manned the fleet have long since gone to rest in the beautiful grey churchyard that sits overlooking the bay.

Yorkshire - When are you coming?