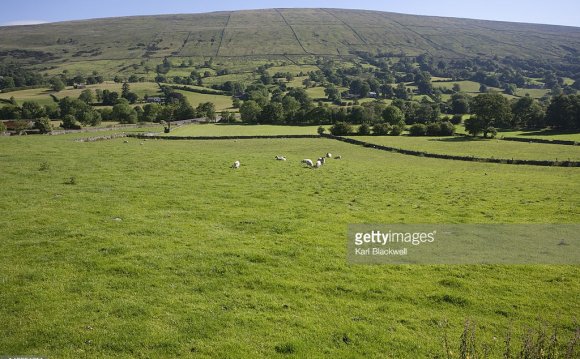 Discover Dentdale at the far north west of the Yorkshire Dales National Park, nestling between the rugged Pennines to the east and the Howgill Fells to the west. Dent and Sedbergh are on the Dales Way Route from Ilkley to Bowness and are both well worth a visit.

The cobbled streets of Dent are lined with white washed cottages, you will find an art gallery, a blacksmith's shop, 3 real ale pubs serving home cooked food with open fires, 2 cafés, a Heritage Centre and a village shop.

Dent's 12th century church, St Andrews has altar flags made from their most famous mining export, black Dent marble. Visit the Heritage Centre to find out more of the working lives and social customs of local people over 4 centuries, including tales of the 'Terrible Knitters of Dent' and farmers who could knit with one hand whilst milking a cow with the other.

Dentdale's steep-sided valley has beautiful lush meadows in the valley by the River Dee, as well as dramatic fell uplands. Dent Head's impressive viaduct carries the Settle - Carlisle railway through Dentdale, offering great views from Ribblesdale in the south to the Eden Valley in the north, and stopping at Dent Station, which is England's highest mainline station.

There is plenty of great walking to be had in Dentdale. In additions to the Dales Way following the River Dee, there is Whernside and the Howgill Fells with its famous summits of Winder and Langdale Fell, offering splendid views of both the Dales and the Lake District. Wainwright enjoyed the Howgills and described them as looking like 'a herd of sleeping elephants'.

Dentdale's impressive event calendar includes a 14 mile road race in March, a Walking Festival in April, the Dentdale Beauty and the Beast Cycle Sportive, the free Music and Beer festival, Sedbergh Music Festival and Sedbergh Folkfest all in June, Dentdale show in August and the Whernside fell race in September, as well as a Christmas Market in December.

Sedbergh lies in the far north-west of the Yorkshire Dales National Park. It is surrounded by the Howgill Fells and moorland hills and has a thriving main street of shops, ancient buildings, pubs and restaurants. Sedbergh is one of three official Booktowns in the UK and is a great place for finding second-hand book treasures.

In addition to walking, you will find a great variety outdoor pursuits in Dentdale. Sedbergh Golf Club offers a stunning location to golfers of all standards. You will find quiet country lanes for cyclists and numerous fell tracks for fell runners and mountain bike enthusiasts. There is fishing and sailing to be had, as well as horse riding and pony trekking in this glorious Dale.