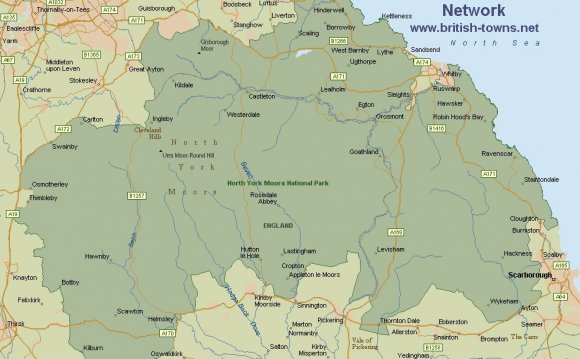 For more information on counties, see "What is a county?"

This is a simple map, not a game. I have marked the approximate position with a red dot. This is a little silly for big cities, since somewhere like London covers the whole of Greater London. The names of the county towns are in blue, and the county names in green. Scroll down to see the whole map.