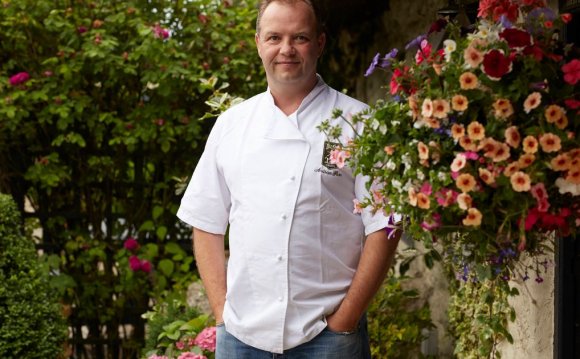 Yorkshire now boasts the largest number of Michelin Starred restaurants than any other county in England outside of London. Here's the 6 that make up Yorkshire's Michelin Star experience:

, South Dalton - Michelin starred for 5 years in now (and 6th time in total)! Winner of the 'Taste of England' Award at the 2009 Enjoy England Awards for Excellence. Other awards include being voted one of the top 40 restaurants outside of London. 'Caterer and Hotelkeeper' said of the restaurant "If East Yorkshire was once a culinary desert, The Pipe & Glass is very definitely its new foodies oasis."

at Oldstead, a Michelin Star, and 4 AA Rosette, pub and restaurant with rooms, 20 miles north of York. Michelin says of chef/owner, Tommy Banks, who is believed to be Britain's youngest Michelin Star Chef, 'cooking is modern and highly skilled but satisfyingly unpretentious" . The AA says 'Chef Tom cooks with the seasons and with a great deal of passion and flair', 2014.

at Harome, Situated in a picturesque village on the edge of the North York Moors National Park, a couple of miles outside the market town of Helmsley, this much loved inn has origins believed to date back to the 14th Century. This restaurant is owned by Andrew Pern and the Head Chef is Steve Smith.

The Man Behind The Curtain, Leeds - Yorkshire's newest star - awarded in October 2015 - Head Chef, Michael O'Hare has created a restaurant serving ultra modern food with its own identity, inspired by the arts, music and contemporary culture.

Bart Desmidt prepares a scallop starter at his Michelin ...

The Michelin guide: making top chefs reach for the stars