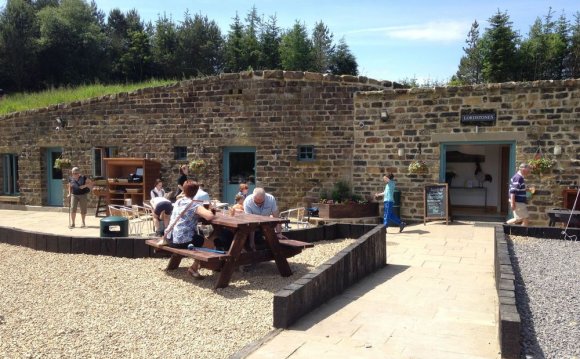 An historic C14th thatched inn with hospitality steeped in its very timbers, The Star Inn is located in the picturesque village of Harome on the edge of the North Yorkshire Moors.

It was taken over in 1996 by Andrew Pern and has since won nearly every award worth its salt for Andrew's 'Modern Yorkshire' cooking and his Inn’s warm hospitality. Andrew, who recently appeared on BBC2’s ‘Great British Menu’ programme, is a great exponent of regional, seasonal cooking.

His frequently changing menus reflect the best of what’s on offer, such as Butter-roast Sand Hutton Asparagus with Shavings of Aged York Ham and Garden Mint Hollandaise and Elderflower Jelly with Strawberries and Lemon Balm Custard in early summer, to autumnal game dishes, such as Roast Grouse with Ampleforth Abbey Apple Purée, Mulled Brambles and Sloe Gin Juices.

Andrew, born and bred in Whitby, claims his menus are inspired by The Star Inn’s locality. The local shoots provide him, in season, with a ready supply of game, pheasant, partridge, hare and deer, whilst beef and pork come from nearby farms, and fish and shellfish from the North Sea.

Some of his suppliers are literally on his doorstep, in the village of Harome, including ‘Loose Birds and Game’ (which provided the title for Andrew’s second book) and his honey supplier, Mrs Hall, whilst just outside the back door of The Star’s kitchen is its own garden, where herbs, edible flowers and vegetables are grown.

Recently extended to create an additional dining room and large modern kitchen where cookery courses are held, The Star also has a Chef’s Table just off the side of the main kitchen, where diners can enjoy the ‘hustle and bustle’ atmosphere of the busy kitchen or, alternatively, the private dining room with its mural-painted walls, which offers another option for groups.

Accommodation is available at Cross House Lodge, the Star's eight-bedroomed shooting lodge-style hotel, which is filled with rustic, stylish and quirky features, whether the snooker table in Room 5, piano in Room 8 or the rope-slung bed in Room 4. Just off from the hotel’s lounge is The Wheelhouse, with its huge octagonal table, where breakfast is normally taken. The Wheelhouse is also licensed for wedding ceremonies and is a popular choice for private parties.

Cross House Lodge is a great base for exploring the North Yorkshire Moors, whether on foot, by bike, car, horse, glider… There are gentle walks and cycle rides starting and finishing at The Star, and plenty more options for the more adventurous close-by: the Dalby Forest mountain biking tracks, gliding from Sutton Bank or horse-riding from Helmsley: plenty of options for creating a healthy appetite!