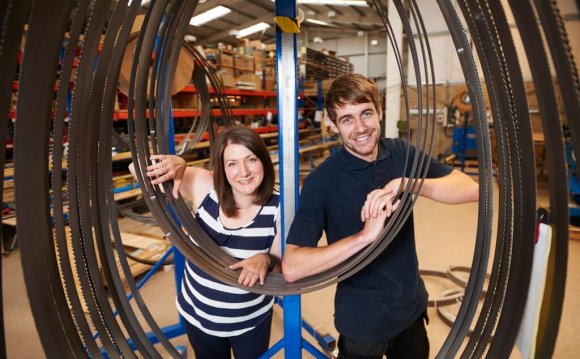 Stories of monarchs, politicians, writers and artists weave their way through the 70 boxes of documents spanning 400 years that make up the previously unseen archive of the Graham family of Norton Conyers, near Ripon.

The house is said to have inspired Charlotte Bronté in her creation of Thornfield Hall and the insane Mrs Rochester in Jane Eyre. Anyone interested in exploring records to reveal hidden treasures is being offered the chance to take part in the cataloguing and conservation of a huge North Yorkshire family archive that is now in the possession of North Yorkshire County Record Office.

The record office was awarded £96, 300 from the Heritage Lottery Fund (HLF) to purchase, catalogue and open up access to the archive. Further funding was provided by the Friends of the National Libraries and Northallerton and District Local History Society.

Work has recently begun on the 15-month Attics and Acres project to catalogue and conserve the archive before opening it to people for study and taking it out to the public through events and exhibitions.

The work is being led by project archivist Maxine Willett, who is seeking volunteers to help with tasks such as cataloguing and digitisation.

Maxine said: “The Graham Family archive is a significant collection that sheds light on the history of landed estates in both North and West Yorkshire. The position of landowners and their interactions within the national sphere ensures there is plenty here to intrigue and delight anyone wishing to learn a little more about the lives and pastimes associated with such estates; from the request of a cash loan by the King to how much was spent on groceries or paid to a colliery worker in 1665. The level of detail is truly fascinating.”

Fiona Spiers, Head of Heritage Lottery Fund Yorkshire and the Humber, said: “Saving our historic archives is important as they provide a valuable resource for anyone who wants to explore their past. Archives are bursting with stories, pictures and maps that give us clues about what life was like, and how that has shaped who we are today.”

“The Graham Family archive is a significant collection that sheds light on the history of landed estates in both North and West Yorkshire."Maxine Willett, Project Archivist

Charlotte Bronté is reputed to have been inspired by Norton Conyers when creating Thornfield Hall and, in particular, Mrs Rochester’s room in Jane Eyre. The author visited the house while working as a governess. There she heard a legend of a mad woman in the attic, which she returned to when writing Jane Eyre years later.

Both Charles I and James II are said to have stayed at Norton Conyers and notable manuscripts in the collection include a letter signed by Charles II, while in exile, requesting a loan of £200. An autograph album contains letters from poet Lord Byron, artist Sir Joshua Reynolds and Jefferson Davis, the only President of the Confederate States of America.

Other early finds include a book of conundrums from the mid-19th century. Some of these will be posted on the record office’s Twitter account, @nyccarchives, for example:
What colour is a secret kept in? (Answer below).

The records relate to the estates at Norton Conyers and Nunnington, near Helmsley, which belonged to the Graham family from the mid-18th century until 1839 when debts forced its sale. There are also papers from estates at Kippax, West Yorkshire, and Bowland, Lancashire.

Extensive personal papers and correspondence give an insight of Graham family life. Notable records include papers relating to the sale of Norton Conyers in the 1620s, a fine Pickhill survey of 1765, early 18th century court rolls and the Grant of the Manor to Sir Simon Musgrave, 1574.

In 1624, Sir Richard Graham bought Norton Conyers from his father-in-law, Sir Thomas Musgrave, for £6, 500, but later took court action to have the sum reduced. In medieval times there was a village at Norton Conyers. It had gone by 1744, replaced by parkland. In 1796, the estate passed to the 7th Baronet at the age of seven. A lifelong lover of hunting and racing, he so encumbered the estate with debts and mortgages that in 1865 it had to be sold. However, it was bought back in 1882 by his son, Sir Reginald.

County Councillor Chris Metcalfe, Executive Member for the Archive Service, said: “This is a fascinating archive which will reveal how the local gentry managed their estates and cared for their local communities over the last 400 years. This generous grant from the Heritage Lottery Fund will enable us to open up the archive so that everyone can benefit from this rich resource.”

Views Around the City of York, North Yorkshire, England ...