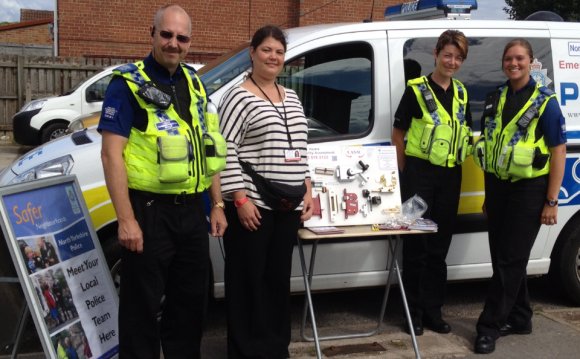 To get to Newby Wiske Hall from the south, take the A1(M) northbound. Continue onto the A1 then take the A61 exit heading eastwards. Follow the A61 until you reach a roundabout, and take the first exit onto the A167. After about five miles, turn left at Station Road, in South Otterington, then follow the road over the bridge and round to the right. Newby Wiske Hall is clearly signposted on the left.

To get to Newby Wiske Hall from the north, take the A1(M) southbound. Continue onto the A1 then take the A684 exit towards Northallerton. Follow the A684 until you reach the A167, and turn right. After about four miles, turn right at Station Road, in South Otterington, then follow the road over the bridge and round to the right. Newby Wiske Hall is clearly signposted on the left.

The closest railway stations to Newby Wiske Hall are Northallerton (five miles) and Thirsk (seven miles). However, there is no public transport between the train stations and HQ itself.

Newby Wiske Hall, a grade II* listed building, was constructed in the 17th century by Northumbrian landowner William Reveley. He built the house in 1684 and moved in the following year with his wife who hailed from the Wylie family, part owners of the manor of Newby Wiske. Reveley lived in the hall until his death in 1725 and some of his work exists today in the central part of the house.

The ownership of the hall in the ensuing years is somewhat unclear, however, according to Langdale's 'Topographical Dictionary of Yorkshire' Newby Wiske Hall was, in 1822, the property of Colonel William Mitford a famous Greek historian.

In 1827 William Rutson, a businessman from Liverpool acquired some land in the manor of Newby Wiske. In 1829 he acquired the hall, and a year later the remainder of the land bringing the entire estate into the hands of a single owner for the first time. Rutson reconstructed the building adding wings, windows and a much of the ornate plasterwork and decorative features which remain to this day. The clay for the brickwork was quarried from the area which now forms the lake in the grounds.

Top 10 Places to visit in India

10 Best Places to Visit in Portugal