Places to Visit in North Yorkshire 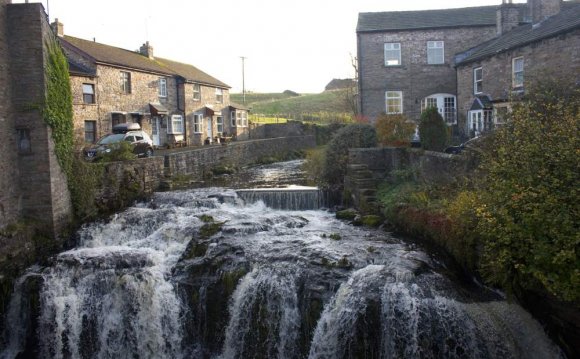 Yorkshire is big and beautiful country. It reaches into no less than three National Parks - the Yorkshire Dales, North York Moors and the Peak District. It also includes the majestic moorland of Bronte Country and the tranquil beauty of the Howardian Hills and the Yorkshire Wolds. Our spectacular coastline is among the finest in Britain, much of it protected as Heritage Coast.

Wander the streets of ancient York. Cruise a trans-Pennine canal. Ride the legendary Settle-Carlisle Railway and cross the mighty Humber on the world’s longest single span suspension bridge. Even follow in the footsteps of Captain Cook and Dracula.

Go down a real coal mine. Or ride a time car back to the world of the Vikings. Read the television news in the National Media Museum. Nosedive down one of the world’s largest roller coaster. Explore the world’s oceans at The Deep. Make scientific discoveries at Magna.

Shop in one of Europe’s largest malls. Sample northern ale straight from the brewery. Tuck into Yorkshire pudding and the world’s most famous fish and chips.

Take to the hills on Britain’s toughest long-distance footpath. Or take to the turf at one of our premier courses.

It’s no surprise that Yorkshire is proud of its past and a sense of history is never far away. Castles, abbeys and stately homes weave their rich and evocative story and in contrast, our powerful industrial heritage is vividly created in some of Britain’s most exciting museums.

Find out what makes Yorkshire the nation's film and TV set. From ‘Brideshead Revisited’ to TV favourites like ‘Emmerdale’, ‘Heartbeat’, ‘Last of the Summer Wine’ and ‘All Creatures Great and Small’.

Heritage and countryside, leisure and sport, great times out and family fun. Something different every day in Yorkshire.

Top 10 Places You Should Visit Before You Die