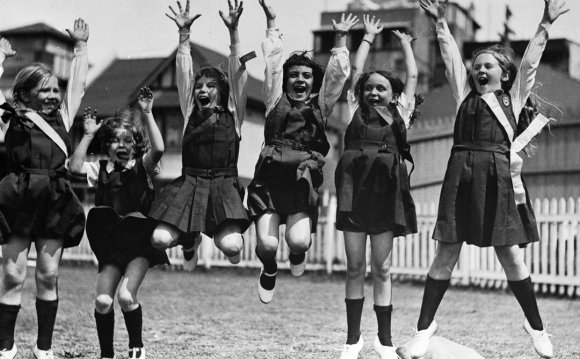 If you are the parent or carer of a child living in North Yorkshire, who was born between 1 September 2011 and 31 August 2012, they are eligible to start primary school during the academic year 2016-17. Children can be admitted to primary or infant school in the September following their fourth birthday. The first admission to a school is usually into a reception class.

Your child must be in full time education by the start of the term following their fifth birthday. Children do not have to be in education before then. The date that compulsory school age is reached is determined by dates set by the secretary of state for the autumn (31 August), spring (31 December) and summer (31 March) terms. Being in education doesn't necessarily mean being in school - you may decide to educate your child at home. The admissions team can advise you on the process.

When a place is offered in any school, admission is offered for the beginning of the September term following the child's fourth birthday. Parents have the choice whether to take that place in the September or to defer admission until later in the same academic year or until the start of the term after the child's fifth birthday. If your child is eligible for free home to school transport, this will not be until the term in which they turn five.

As a parent, you have the right to defer your child's admission until the statutory school age which is the beginning of the term following their fifth birthday. This is a decision for you as a parent to make. We would advise you to take all factors into account including the advice of the head teacher at the school, other education professionals and any health or social care professionals working with your child. You should also consider carefully any potential benefits of keeping your child in an early years setting and balance these against the possible difficulties for your child joining an established group of children in a reception class part way through the school year. Parents still need to apply for a school place at the usual time.

If you wish to defer admission that place will be held open until the start of the term after your child's fifth birthday within that academic year and will not be offered to another child.

Summer-born children (i.e. born between 1 April and 31 August) cannot automatically defer admission and enter school in a reception class in the following September. School admissions authorities are required to provide for the admission of all children in the September following their fourth birthday, but flexibilities exist for children whose parents do not feel they are ready to begin school at this point.

Admission authorities are responsible for making the decision on which year group a child should be admitted to, but are required to make a decision based on the circumstances of the case.

If you feel that your summer born child is not ready to start school in the September following their fourth birthday, please contact the admissions team for further information.