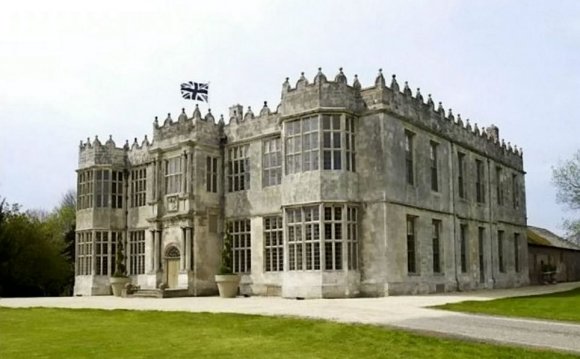 SIX PRIVATE schools in Yorkshire have been served with notices to improve by the Government in the space of a year for failing to meet regulatory standards, an investigation has revealed.

A dossier of previously unpublished statutory notices shows that more than 100 independent schools nationally, including some of the most prestigious in the country, have been ordered to improve since September, last year.

The Yorkshire Post has previously revealed that Queen Ethelburga’s College and the Faculty of Queen Ethelburga’s, near York, were issued with a notice, in July, this year, following an emergency Independent Schools Inspectorate (ISI) visit.

Now a joint investigation with the education trade newspaper Schools Week has obtained all of the notices issued by the Department for Education to private schools, since September last year.

Documents, obtained under the Freedom of Information act, reveal that five other Yorkshire schools were among 110 across the country who have been issued with notices over 14 months.

All of the notices to Yorkshire schools were issued between October last year and October this year.

These were Ackworth School, a Quaker school, near Pontefract, which dates back to the 18th century, two Muslim schools: M A Girls, in Bradford and Jamia Al Hudaa Academy, for boys in Sheffield, and two special schools: North Bridge Enterprise College, in Doncaster, and the New Gables School in Shipley - which has since closed.

High profile schools on the list nationally include the Royal Ballet School in London and Hill House School, in Knightsbridge, once attended by Prince Charles.

Nationally private schools have breached the minimum independent school regulations 410 times over the past 14 months.

The DfE issues notices to improve to private schools when inspection reports identify that independent school standards are not being met.

Ofsted guidance says they are issued when “a substantial number of regulatory failures” have been found and it warns schools can be closed if they fail to act.

The M A Girls School, in Bradford, was issued with a notice to improve in July this year following an Ofsted inspection.

The notice said that the standards were not being met in relation to welfare, health and safety of pupils, suitability of staff and supply staff, premises and accommodation at schools and quality of leadership at schools. However the Ofsted report which led to the improvement notice did praise the school for promoting pupils’ moral, social and cultural development. It also said the school works to challenge stereotypes within the school and the wider community.

Jamia Al Hudaa in Ouseburn Croft, Sheffield, was issued with the notice in October this year following an Ofsted inspection which rated the school as inadequate.

The notice said the school was not meeting standards relating to quality of education, welfare and safety of pupils, suitability of staff and supply staff, school premises and quality of leadership and management.

It said the school proprietor should ensure a plan for the curriculum is drawn up.

Other areas where standards were not met include minimum standards for boarding schools. The notice said this included ensuring medication is safely and properly stored; that boarders can contact members of their family in private and that boarders can personalise an area of the accommodation if they wish.

The Yorkshire Post was unable to contact anyone at M A Girls or Jamia Al Hudaa yesterday.

Ackworth School was issued with its notice in October, last year, following an ISI report a month earlier.

It found the school was not meeting standards relating to the welfare, health and safety of pupils and on the suitability of staff.

The notice said arrangements needed to be made to safeguard and promote the welfare of boarders.

It also said checks needed to be made for staff who care for, train, supervise or are in charge of boarders.

The school’s headteacher Anton Maree said: “The issue raised was taken very seriously by the governors and was addressed by November 2014.” The notice was subsequently lifted recently.

New Gables School, in Shipley, was also issued with its notice last year.

This year the DfE has issued two other noticesto independent schools in Yorkshire.

North Bridge Enterprise College, a special school in Doncaster was issued with a notice to improve, in April, after Ofsted found Independent School Standards were not being met in relation to welfare, health and safety of pupils, school premises and the quality of leadership and management. However a subsequent Ofsted inspection, published three days ago, says standard are now being met in all areas.

A college spokeswoman: “We took the feedback seriously and a consultant Ofsted inspector was commissioned to help formulate an action plan to ensure that the improvements the college had already made were sustained. We are extremely pleased that the regulator has acknowledged the hard work undertaken and found the college to be fully complaint with all its requirements.”

The ISI report said some standards were not being met in relation to the welfare, healthy and safety of pupils, suitability of staff and supply staff and in the quality of leadership and management at the school. The report also raised concerns about the use of 700 CCTV cameras on the school site at the time of the inspections.

Earlier this year the school’s headmaster Stephen Jandrell said: “A full action plan was submitted within two weeks of the report being received. All the points raised in the report were fully attended to within weeks of the start of term and we await the re-inspection to bring the matter to a satisfactory close.”

A DfE spokesman said: “All independent schools must comply with the Independent School Standards, and where there are concerns a school is failing to meet these standards, we will take swift action. He said the notices were not published because they were given to schools in response to failings which were already published in inspection reports by either Ofsted or the Independent Schools Inspectorate.

There were 58 breaches for premises and accommodation regulations and another 56 for the quality of leadership and management.A spokesperson for the Independent Schools Council, which represents fewer than 20 schools on the list, said: “Most of our schools get these things right and those who don’t should work quickly to make sure that they do.”