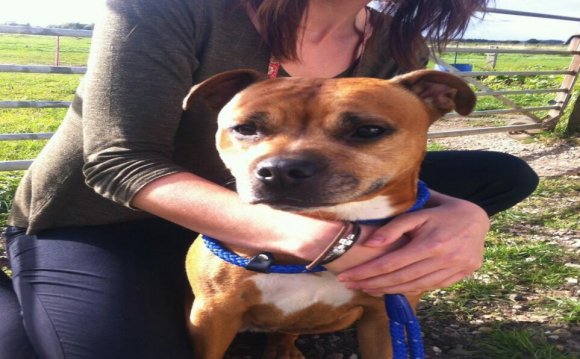 North East search and rescue dog Spencer has been loaned to North Yorkshire Police to help at the obliterated home destroyed in an explosion.

One man died at the detached home in Haxby, North Yorkshire, after it was reduced to a pile of rubble by a huge explosion early today.

Nearby properties had windows blown out and their roofs smashed, and North Yorkshire police had the help of Spencer, a springer spaniel search and rescue dog from the Tyne and Wear fire service, to search the wreckage.

Using his sensitive sniffing skills, Spencer is able quickly locate live casualties who are injured or trapped in collapsed buildings, and the talented dog is trained to cope with tasks such as working at height, rope access and in very confined spaces.

Spencer and his handler will be available to our colleagues in North Yorkshire as long as required.”

North Yorkshire Police said a man, 63, was dead in the rubble and the incident had ‘all the hallmarks of a gas explosion’ but added that they were investigating whether there were any suspicious circumstances.