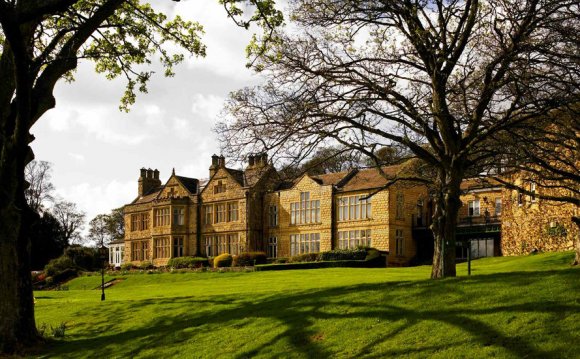 With 51 hotels across the UK with over 9, 000 bedrooms Britannia Hotels offers the best value for quality accommodation. Perfect for families, leisure or business our hotels are located in busy city centres, seafront locations and picturesque countryside.

Spend time in one of our restaurants, bars or nightclubs or if you want to try something different take a look at our Spindles Health and Leisure clubs that offer the perfect way to relax or work out. Don’t forget our hotels provide FREE Wi-Fi access for residents so you can always keep in touch with business or family and friends while you enjoy your stay with us.

A History of Britannia Hotels

Britannia Hotels Ltd was founded in 1976 when the owner bought a 100-bedroom hotel in South Manchester, The Country House Hotel. This is now a 255 bedroom hotel, with a choice of restaurants, hotel bar, Spindles leisure club and extensive onsite parking.

The second purchase in 1981 was a council owned derelict listed building in central Manchester. After spending an entire year developing the unit, it partially opened in May 1982 with 25 bedrooms on the top floor and a nightclub. This once derelict unit is now a famous landmark and meeting place throughout Manchester - the Britannia Hotel, with 5 floors and 363 bedrooms.

At the end of 1982 British Rail sold off its hotel division - British Transport Hotels. From this sale, Britannia bought the internationally famous Adelphi Hotel, a luxurious and superbly appointed hotel in the very heart of Liverpool.
In 1987 Britannia Hotels once again returned to Manchester and converted an unused building that used to be the city's C&A department store - this became the Sachas Hotel, which now has 223 bedrooms.

Later in the same year Bosworth Hall, a country house style hotel in Warwickshire, was purchased. Bosworth Hall was in the process of being converted from a hospital/nursing home into a hotel and Britannia took over the development from the builders who went bankrupt. The conversion was to produce a 192-bedroom hotel set in twenty seven acres of beautifully landscaped gardens and parkland.

1988 saw the purchase and vast development of The International Hotel adjacent to Canary Wharf, in the Heart of London's Docklands. The hotel opened on 9th June 1992.

A year later, Britannia took over a 187-bedroom hotel in Stockport. After an entire refurbishment the Britannia Stockport Hotel opened in 1993. In the summer of the same year the Group also purchased the Europa Hotel, a 211-bedroom hotel situated close to Gatwick Airport.

In 1994 The Birmingham International was acquired, a 200-bedroom hotel in the city centre now referred to as Britannia Birmingham. Also in the West Midlands the Britannia Wolverhampton Hotel, formerly owned by Periquito Hotels, opened in April 1995. In 1996, Britannia acquired The Royal Court, a manor house hotel with 211 bedrooms set in 11 acres of landscaped gardens and parkland.

Then, in 1999 Moat House Hotels sold off a number of their properties and from this sale Britannia purchased the Britannia Newcastle Airport Hotel and the Britannia Hotel Aberdeen. The Roundhouse Hotel in Bournemouth was then purchased in July 2000 before acquiring The Prince of Wales Hotel in Southport.

In February 2002 Britannia acquired what was formerly The Posthouse based in Northenden, near to Manchester Airport. This hotel is now known as the Britannia Airport Hotel, Manchester South and is host to 212 bedrooms.

The North Stafford Hotel located in the centre of Stoke-on-Trent was acquired by Britannia in November 2002. A traditional hotel with 80 bedrooms, The North Stafford took Britannia's total number of hotels to 22. Britannia's next addition was The Norbreck Castle Hotel overlooking the seafront in Blackpool. Ideal for weekends, families and beach breaks, the hotel has 363 bedrooms, many with sea views.

In January 2004 the next hotel to join the Britannia family was the former Wigan/Standish Moat House hotel, which became the Britannia Wigan hotel. November 2004 saw the acquisition of 4 Hotels from the Grand Leisure Group. The Grand Hotel in Scarborough, The Grand Hotel in Llandudno, The Grand Burstin Hotel in Folkestone and The Grand Metropole in Blackpool, took the number of Hotels throughout the UK to 28, including our first hotel in Wales.

August 2005 saw the addition of Britannia Nottingham to the group, formerly a Holiday Inn, this city centre Hotel offers 160 rooms together with fantastic Conference facilities.
Our third Blackpool Hotel, The Savoy, was purchased in May 2006, located on the Front overlooking the Sea and offering 130 bedrooms.