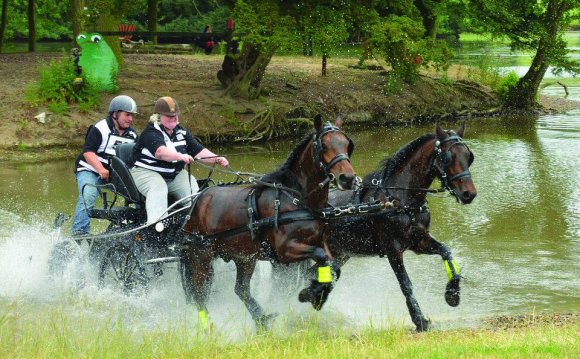 On 30 October 2014, the county council signed the project agreement with AmeyCespa for the Allerton Waste Recovery Park (AWRP) project. AWRP will treat waste through a series of processes including mechanical separation of recyclable materials (known as "Mechanical Treatment" or "MT"), process anaerobic digestion ("AD") and thermal treatment through incineration and generation of electricity (known as "Energy from Waste" or "EfW").

AWRP will generate around 28.5 MW electricity which is equivalent to more than the domestic needs of a town the size of Harrogate. AWRP will deliver around 70 permanent skilled and semi-skilled jobs, as well as up to 400 jobs during the three year construction phase, and will add approximately £220m (at 2014-15 prices) to the York and North Yorkshire economy over the life of the contract.

The planning agreement for Allerton Waste Recovery Park was signed in February 2013 and included proposals for a landscape and cultural heritage fund. The county council is working with Two Ridings Community Foundation to deliver this fund. The fund is designed to assist with projects which enhance the landscape, cultural heritage and biodiversity of the designated area of benefit around the Allerton Waste Recovery Park and also projects which mitigate the visual effects of the site within that same area. There are two schemes available: for small grants between £100 and £1, 000; and large grants between £1, 000 and £50, 000. Each scheme has its own application process. Applications for small grants are considered on an on-going basis and there is no deadline. Applications to the large grants scheme will be decided by a panel who will meet twice a year in March and September. Deadlines for applications to the large grants scheme in 2016 will be 19 February and 12 August. You can find out more and apply to the funds by visiting the Two Ridings Community Foundation website.

On 24 September 2014, the county council held an extraordinary meeting where the council endorsed the decision of the executive to proceed to financial close for the long-term waste contract, subject to the final costs being within the value for money envelope. The meeting can be viewed on YouTube in four parts (due to the length of the meeting) - part one, part two, part three, and part four. You can view minutes of the meeting here.

Members of City of York Council and North Yorkshire County Council agreed to award a contract for the long-term management of waste to AmeyCespa in December 2010.

At its meeting on 30 October 2012, our planning and regulatory functions committee considered the report of the corporate director, business and environmental services, on AmeyCespa's planning application for Allerton Waste Recovery Park. The proposed location for the facility is Allerton Quarry and landfill, next to the A1M, near Harrogate. The committee heard representations from the public, local opposition groups and AmeyCespa. Members agreed with the report's recommendation and voted to approve the application. View the report from the planning committee meeting.

They also agreed with the report's recommendation that the Secretary of State for Communities and Local Government should be consulted on the application and the committee's decision. The Secretary of State decided not to hold a public enquiry and the planning decision notice was issued on 14 February 2013.

An application was made for a judicial review of the planning decision. This was refused by the High Court in July 2013. The High Court's decision was then appealed and at a hearing at the Court of Appeal in London on 15 October 2013, the appeal was also refused.

Allerton Waste Recovery Park will recover value from waste left after reduction, recycling and reuse work and will allow the York and North Yorkshire Waste Partnership to exceed its target of recycling 50 per cent of waste by 2020.

The technologies being proposed include mechanical sorting and reclamation of about 20, 000 tonnes per year of recyclable materials left in the waste which arrives at the facility; Anaerobic digestion to treat organic waste and produce green electricity; and energy from waste (incineration) which will produce enough electricity to supply about 40, 000 homes (based on Office of National Statistics data for the region).

AmeyCespa were granted an environmental permit from the Environment Agency in July 2013 and the judicial review period expired without challenge in October 2013.