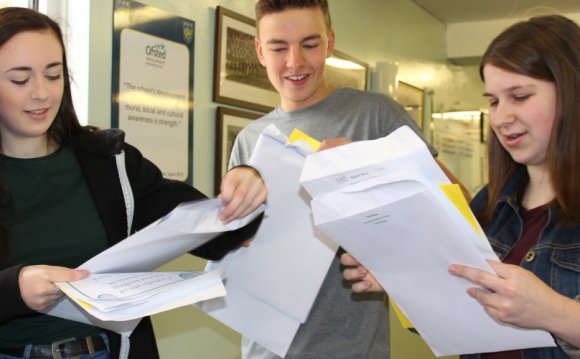 George Pindar School is a trust school. The school serves children living in the area covered by Braeburn, Cayton, Overdale and Seamer, and Irton Primary Schools, and also some areas served by Wheatcroft Community Primary School (the Cornelian Drive, Close and Avenue area, Sea View area and parts of Osgodby and Filey Road from St. Michael's Lane to Osgodby Lane). If you live in this area, you live in the normal area for George Pindar School as well as Graham School.

For priority group 3 applications (that is, children living within the normal area covering the school(s), priority will be given as follows: a) Children living in the area normally served by East Ayton Community Primary School and the area west of Scalby Road from Lady Edith's Drive to Scalby Beck. b) Children who will have an older sibling at the school. c) Children who live nearest to the school.

Scalby School mainly serves the northern part of the town of Scarborough, the village of Scalby, and the villages to the north and west, except for East and West Ayton. It serves children living in the area covered by Brompton and Sawdon, Hackness CE, Lindhead, Snainton CE and Wykeham CE Primary Schools, including parts of the normal areas of Newby and Scalby Primary, Barrowcliff Community Junior and Northstead Community Primary Schools.

If there are more applications than there are places available, the authority's normal criteria will apply for admissions to this school.

Scalby School - For priority group 4 applications (that is, children living outside the normal area of the school), priority will be given to children who live in the areas normally served by East Ayton Community Primary School and the area west of Scalby Road from Lady Edith's Drive to Scalby Beck and who: a) will have an older sibling at Scalby School at the start of the term when the younger sibling starts school; or b) would have to make the longest journey to another school without them becoming eligible for help with travel costs from us under the local authority transport policy.

Scarborough University Technical College
Opening September 2016 - Scarborough University Technical College (UTC) is a government funded school specialising in advanced engineering, design and control and supported by the University of Hull in partnership with a range of employers. The age range will be young people aged 14-19 years and it will be accessible to students residing in the Borough of Scarborough, Whitby, Ryedale (including Malton and Pickering) and East Riding (including Bridlington and Driffield). For entry in September 2016 the college will act as its own admissions authority.

St. Augustine's Roman Catholic School is a voluntary-aided school open to children baptised as Roman Catholics and children of other religions who live in any part of the Scarborough and Ryedale area. Admission arrangements are explained in the school's brochure (available from the school) or can be found on our website here.

Sixth form education for students living in the Filey and Scarborough areas is provided at Scarborough Sixth Form College and the Yorkshire Coast College. These colleges are now independent of direct local authority control. You can get details of courses and admission information from the following: