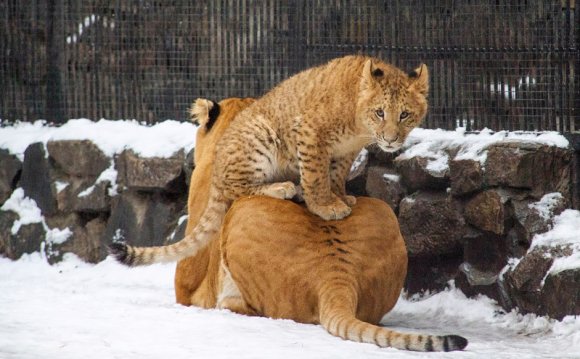 The University of York and Flamingo Land Theme Park and Zoo are teaming up to treat zoo visitors to a rare sight - the UK’s only captive group of Homo sapiens.

For one week, the two male and two female humans will be on public display in a special enclosure at the North Yorkshire zoo. Feeding will take place at 1pm each day, while an education officer will provide insights into some of the interesting habits of the last surviving species of the Homo genus during tea provided to the humans at 3pm.

Dr Andy Marshall, Director of Conservation Science at Flamingo Land and a Lecturer in the University of York’s Environment Department, said: “Following this week’s news that the UK’s human population is increasing at a record rate, I am happy to say that our humans are not part of a conservation breeding programme, but this is still very exciting news for the zoo. The group of Homo sapiens, who will be living alongside our permanent animal collection, will be dressed in various African animal costumes and promoting the Udzungwa Forest Project (UFP) which uses education and research to help conserve tropical forests in Tanzania.”

All funds raised will go towards continuing the vital work of the Udzungwa Forest Project, which is working with schools and training local groups to reduce reliance on the forest for resources

All the humans on display are Research Assistants with the Centre for the Integration of Research, Conservation and Learning (CIRCLE) – a jointly-funded initiative between the University of York’s Environment Department and Flamingo Land.

Together with the zoo’s popular meerkat mascots, Mia and Milo, the Homo sapiens will be raising funds for UFP from Sunday, 11 August to Saturday, 17 August, as well as organising fun and games, and face painting.

The Udzungwa Forest Project is centred on the Magombera Forest in Tanzania which contains globally important numbers of threatened species, which the CIRCLE institute is working to conserve.

Dr Marshall said: “All funds raised will go towards continuing the vital work of the Udzungwa Forest Project, which is working with schools and training local groups to reduce reliance on the forest for resources, and to generate sustainable sources of income directly related to forest conservation. Our Research Assistants are hoping to raise £5, 000 through the human exhibit.”