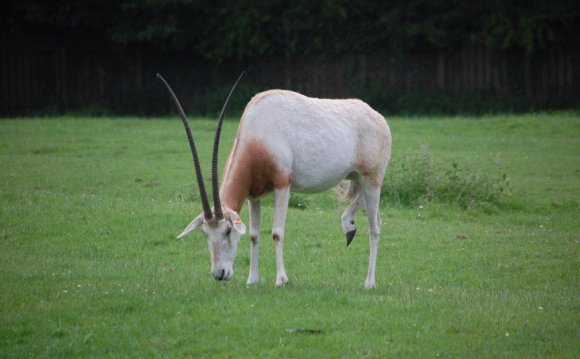 Flamingo Land Theme Park and Zoo and the University of York have developed a blueprint to help zoos plan strategies for the conservation of native wildlife in and around their gardens.

But despite the important conservation work being carried out, few zoos have strategic zoo Biodiversity Action Plans (BAPs), which set out targets for biodiversity conservation based on priority species and habitats.

In 2011, Flamingo Land became the first zoo to produce a formal ‘Zoo BAP’ and has now developed guidance for other zoos based on its experiences, which is outlined in the Journal of Zoo and Aquarium Research (JZAR).

The new guidance, which provides a framework for the establishment, monitoring and re-evaluation of a Zoo BAP, was produced by Dr Andrew Marshall and Natasha Hambly from CIRCLE (Collaboration for Integrated Research, Conservation and Learning), a joint initiative between the University of York and Flamingo Land.

Dr Marshall, who is Head of Conservation Science at Flamingo Land and a Lecturer in the University’s Environment Department, said: “Structured and well-managed strategic plans are essential in order to achieve successful evidence-based conservation.

“We see huge potential for the development of Zoo BAPs for the promotion of zoos as miniature ‘biosphere reserves’ where people and nature co-exist sustainably.

“With over 700m annual visitors, the world’s zoos provide an opportunity to conserve biodiversity in a human-dominated environment, while also promoting biodiversity conservation in a unique manner that is informal, educational and fun.”

At Flamingo Land, the 375 acre site represents six habitats, including five of importance under the UK Biodiversity Action Plan. To improve local biodiversity, CIRCLE has planted 6, 000 native trees, as well as cornfield flowers which are now rare or extinct in the wild, and installed nesting boxes throughout the site. It is also expanding its existing informal wildlife surveys to cover a range of measures of conservation success.

The report authors say it is vital to select species and habitats that are locally relevant and either threatened or have high conservation value. Each species or habitat, they say, must have targets that can be measured, monitored and then evaluated for annual revision of conservation actions.