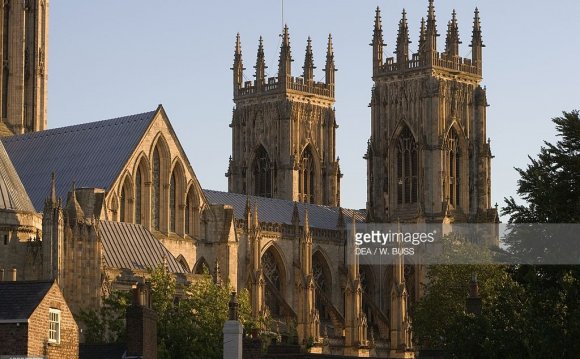 To the east the area is clearly defined by the impressive cliffs of the North Sea coast. The northern and western boundaries are defined by the steep scarp slopes of the Cleveland Hills edging the Tees lowlands and the Hambleton Hills above the Vale of Mowbray. To the south lies the broken line of the Tabular Hills and the Vale of Pickering.

Four roads cross the moors from north to south. In the east the A171 joins Whitby and Scarborough. Further inland, the A169 runs between Pickering and Whitby. More centrally, a minor road departs from the A170 at Keldholme and passes through Castleton before joining the A171 which connects Whitby and Guisborough. The most westerly route is the B1257 connecting Helmsley to Stokesley. The A170 from Thirsk to Scarborough marks the southern boundary of the moors area.

The Esk Valley Line is an east-west branch line rail link from Whitby to Middlesbrough in the north and the North Yorkshire Moors steam railway runs from Pickering to Grosmont with a link to Whitby.

The North York Moors consist of a moorland plateau, intersected by a number of deep dales or valleys containing cultivated land or woodland. The largest dale is Eskdale, the valley of the River Esk which flows from west to east and empties into the North Sea at Whitby. The Cleveland Hills rise north of Eskdale. At the western end of Eskdale the valley divides into three smaller dales, Westerdale (the upper valley of the River Esk), Baysdale and Commondale. A series of side dales drain into Eskdale from the moors on its southern side, from west to east Danby Dale, Little Fryup Dale, Great Fryup Dale, Glaisdale and the Goathland valley. Kildale, west of Commondale and separated only by a low watershed, is drained by the River Leven, which flows west to join the River Tees.

On their south side the moors are demarcated by a series of dales which drain into tributaries of the River Derwent. The westernmost dale is Rye Dale, to the west of which rise the Hambleton Hills. Bilsdale is a side dale of Rye Dale. East of Bilsdale Bransdale, Farndale, Rosedale and Newton Dale cut into the moors. In the south east, the landscape is marked by the narrow valleys of the upper reaches of the Derwent and its upper tributaries.

About 22 per cent of the North York Moors is under woodland cover (mostly located to the south-west and south-east), equivalent to more than 300 square kilometres of trees. It is home to the largest concentration of ancient and veteran trees in northern England.

The Derwent crosses the Vale of Pickering flowing westwards, turns southwards at Malton and flows through the eastern part of the Vale of York before emptying into the River Ouse at Barmby on the Marsh.