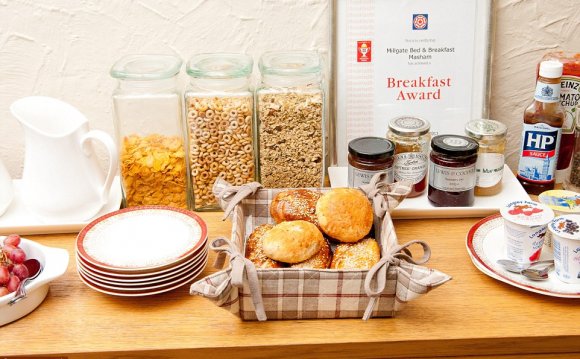 Seven of Yorkshire’s top hotels are in Scarborough - but only one other seaside establishment makes the top 20, according to a travel website.

The St Michael’s and Leeway Hotels - both family-run guest houses - take two of the top three places on the list published by Trivago, behind Harrogate’s exclusive Rudding Park, which with its own golf course and spa is rated best in the county and number seven in the UK.

Harrogate's Rudding Park is named the top hotel in Yorkshire

Three other Harrogate hotels and apartment blocks also feature in the list, but Bridlington’s Swallow Hotel, at number 20, is the only seaside guest house outside Scarborough to be included.

And despite its status as an international travel destination, only two hotels in York, Ascot House and Ashbourne House, make the list.

The cheapest establishment on the list is the ninth-placed Almar in Scarborough, with an average room rate of £53. The Sands on Scarborough’s North Bay, rated sixth, is the most expensive, at £282.

The cheapest hotel on the list is The Almar in Scarborough, rated 9th

Hotels and B&Bs in Skipton, Pateley Bridge, Ripon, Richmond and Pickering also made the top 20.

Trivago based the findings on reviews from hotel guests. Spokesman Denise Bartlett said: “It is interesting to note the high number of B&Bs in the top 20, particularly in Scarborough. It seems users are satisfied with the service offered by B&Bs, perhaps due to the friendly service and family-run environment.

“It is really encouraging to see such a range of accommodation, both in terms of price and geographical location, in our top 20.”

Peter Banks, managing director of the top-rated Rudding Park, said: “Winning is a tremendous achievement, particularly as it is based on all online reviews - there really is nowhere to hide any more.”

A Wedding in Yorkshire