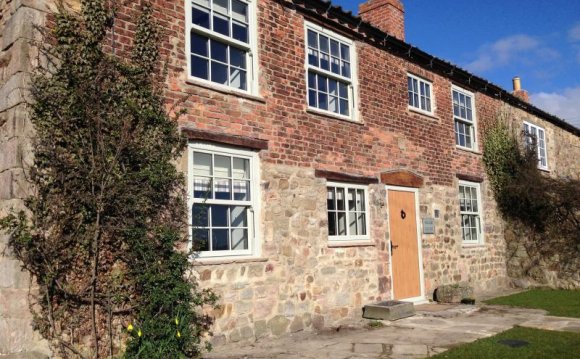 Swaledale is famous for its hardy breed of sheep and the spectacular wildflower meadows which are a blaze of colour in June and early July. A deep and winding valley, this is an ideal spot for those who wish to forget the pressures of the twentieth century.

Reeth, the 'capital' of Swaledale has easy access to unspoiled and varied landscapes. There is a variety of inns, hotels, cafes, and craft shops around its village green.

The villages of Swaledale are full of corners to explore and there are endless opportunities for walking.

The northernmost dale in the district is the remote valley of Arkengarthdale. Leading from Reeth in Swaledale, the Arkengarthdale road rises steeply into leadmining country; an industry which thrived here until the turn of the century. Perhaps more sparsely populated than other dales, it has a bleak and dramatic appeal.

The two small villages of Arkle Town and Langthwaite blend into the landscape, and the latter may look familiar as it was featured in the opening shots of the first series of "All Creatures Great and Small". The road leads on to Tan Hill where the highest pub in England stands exposed and lonely, surrounded by moorland and grazing sheep.

Another Herriot location can be found en route from Arkengarthdale to Swaledale where a shallow ford crosses the moorland road. This is breathtaking walking country and views and wildlife will delight the seasoned walker as well as anyone out for a short stroll from the car or nearby pub.

Centred around a vast cobbled market place, Richmond boasts a rich and vivid history. Set high up, the Castle dominates the Richmond skyline and views from the top of the massive keep look between the folding hills of Swaledale to the west and the vast acres of the Vale of York to the east and south.

Richmond has an abundance of places to explore and volunteer guides will be happy to share Richmond's secrets on a Wednesday or Sunday afternoon during the summer. Museums describe the history of the Green Howards Regiment and its association with the town.

Those interested in social history will enjoy a visit to the Richmondshire Museum which has a scale model of the old Richmond railway station and the set of the vet's surgery from James Herriot's "All Creatures Great and Small". The Georgian Theatre Royal is one of Richmond's treasures and still comes alive with a wide range of performances from jazz to Dryden and for those wishing to see behind the scenes a tour of the museum gives a fascinating insight into its history.

More flying on the Yorkshire Moors