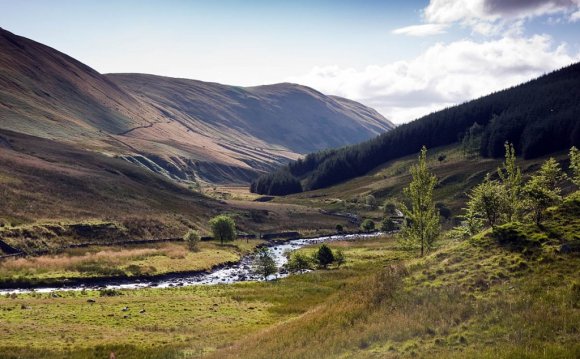 The Yorkshire Dales National Park is being extended!

In fact, from 1 August 2016 it will grow by nearly a quarter, with an extra 161 square miles (417 square kilometres) of stunning upland landscape treasured through national designation for everyone to enjoy.

The boundary will cover new areas in Cumbria and into Lancashire.

To the north, it will include the stark limestone-terraced plateau of Great Asby Scar and the velvet rounded contours of the northern Howgill Fells, distinctive Wild Boar Fell and Mallerstang, and the settlements that surround them.

To the west, the wild and exposed fells of Casterton, Middleton, Barbon and Leck, the tranquil valley sculpted by the River Lune and bustling Devil’s Bridge.

There are extraordinary sites to discover, such as Pendragon Castle, a twelfth century ruin with legendary links to Uther Pendragon, the father of King Arthur, and Smardale viaduct, with its spectacular 14 arches.

There are picturesque villages such as Orton with its artisan chocolatiers, and hidden gems such as the old railway line that spanned the Lune Valley - as well as standing stones, burial cairns and amazing erratics.

The extension will bring us to within touching distance of the Lake District National Park - which is also set to grow by around 3% - and mean that that the beautiful Yorkshire Dales National Park will cover 841 square miles (2, 179 square kilometres) in total.

It’s thrilling that these fantastic areas have at last been recognised as worthy of national park status, based entirely on the quality of the landscape and rich recreational opportunities they offer.

The addition of a further 188 square miles does present challenges. However, extending the boundaries of these beautiful and internationally iconic areas should provide a boost to rural tourism in the area, supporting rural businesses and potentially adding millions more to the £4 billion already generated by visitors to the National Parks each year.

We will be listening to and learning from the local communities, farmers, landowners and businesses to enable us to develop productive, long-term relationships